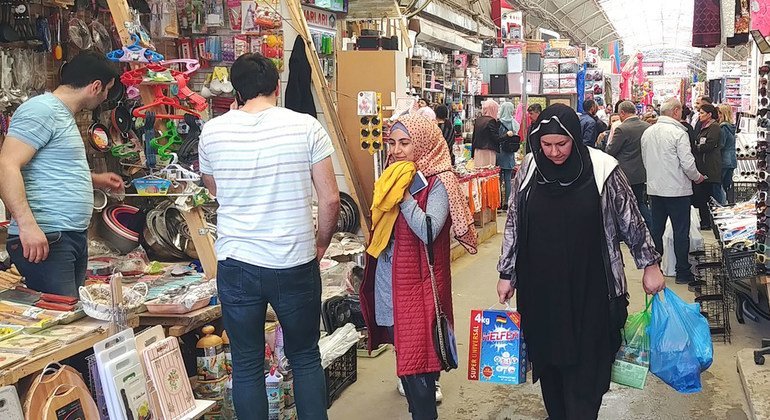 The UN Economic Commission for Europe’s (UNECE) first regional report on SDG progress has singled out Iceland, Sweden, Finland, Canada, Estonia, United States, Norway, Portugal, Ireland and Spain as meeting the WHO standards, noting that others need to step up.

These and other findings aim to sharpen efforts to achieve the SDGs by describing levels and trends of selected indicators and highlighting challenges, which will be used to inform the Regional Forum on Sustainable Development, which will be held Thursday online.

Measuring change for most of the 49 indicators across the 17 SDGs, the report found that UNECE countries are mostly fulfilling targets or making good progress, including on eradicating extreme poverty, enhancing social protections and achieving low levels of maternal, infant and child mortality.

And the report highlights actions toward preserving the planet, such as expanding forest cover, providing safely managed sanitation, lowering the energy intensity of the economy and complying with environmental agreements.

But the findings are not all favourable, including in the areas of air pollution, marine protection, development assistance and disaster-risk reduction strategies.

Health indicators show that in most countries, the proportion of underweight children below age five is low while overweight rates are much higher – a pattern especially pronounced in some Western Balkan countries.

Turning to gender equality, women in most countries spend considerably more time in domestic and care work than men, with the largest differences observed in Albania, where women spend 5.2 hours and men 0.8 hours per day. Nordic countries had the smallest gap.

Sweden, Finland, Spain and Norway each have more than 40 per cent women among members of parliament, and in 36 countries across the region the share of women parliamentarians increased between 2015 and 2019.

However, only Belarus, France, Iceland and Sweden have near gender parity among local government representatives.

Regarding climate, almost all countries observed an improvement in CO2 emissions between 2011 and 2016, with the largest drop in Uzbekistan, followed by Turkmenistan and Ukraine.

And over the past two decades, forest cover has been expanding in the region – a marked contrast with the situation worldwide, in which forest areas have decreased between 2000 and 2015.

At the same time, Turkmenistan, Uzbekistan and Israel have a level of water stress above 100 per cent as each extracts more water than is renewed in the same period.

Of the 25 countries with available data, only Sweden, Luxembourg, Norway, Denmark and the United Kingdom meet the target of 0.7 per cent of gross national income allocated to official development assistance.

And while Austria, Belgium, Finland, France, Germany and Ireland have unemployment benefits reaching or exceeding 95 per cent of the population, that same coverage is below two per cent in Turkey, Azerbaijan and Kyrgyzstan.

Although UNECE countries all have retirement pension provisions, the report showed that in 2016 about half covered 100 per cent of their populations, with the lowest coverage found in Montenegro (53 per cent) followed by Croatia (57 per cent).

The UNECE region covers more than 47 million square kilometres. And has a membership of 56 States. For more details, click here.

Stay informed and engaged during #COVID19

COVID-19: RnB to the rescue

Swedish authorities use hip-hop and RnB artists to reach minorities and the suburbs with...
Read more

The European Union has adopted measures to quickly release funding from the bloc’s budget...
Read more

Behind the masks, nurses are worried but determined

Europeans have taken to applauding the efforts of health care workers on their balconies...
Read more

COVID-19: Mental health must be a priority

The measures to contain the spread of the COVID-19 such as physical distancing and...
Read more

Living under Lockdown in the UK